The stories of Greek gods are always fascinating. It is also the foundation of allusion and character genesis in literature.

The stories of ancient Greek gods are one of romance, betrayal, passion, violence, and tragedy.

This timeless tale revolves around the gods and their rise to power on Mount Olympus and their subsequent clashes, representing humanity at its best in a cut-throat competition to win over the world.

As suggested by the past clues, first came Chaos, then Gaia, Earth and then finally Eros, love.

From Gaia then came Uranus, heaven, who both created the Titans. And so a series of catalysts induce the great war among Titans and gods and mortals. Subsequently, many lives are lost, and many gods are also born.

The stories of ancient Greek gods is one of romance, betrayal, passion, violence, and tragedy. Here is the list of top 10 Greek Gods #greekhistory Click To Tweet

Now each God may have a specific domain of dominance, but Hermes was a jack-of-all-trades and a god of many titles.

The messenger, the trickster and the conductor of souls are a few to name. The infinite number of things that Hermes was the master of is just one of the many reasons he is perhaps the unique deity in the Greek pantheon.

He was the messenger of gods and was also the God of trade, wealth and commerce. These suffice the reason for worshipping Hermes by the Greeks.

The Mycenaean is regarded as the first civilization to have mentioned Hermes, referring to him as the Omega. He was the child of Zeus and a nymph named Maya. He was born in just a day with immeasurable speed.

Apollo was the Olympian god of the sun and light, music and poetry, prophecy and divination, healing and diseases.

He was the archer, the bright one, the one who speaks crookedly, the charioteer of the patient-year. He was the descendant of Zeus, the King of Gods and the Titaness, Leto and the twin brother of Artemis, goddess of the hunt.

Legends and myth shroud the life of Apollo. After receiving the bow from Zeus, Apollo went on a quest to kill the tormenting serpent.

He goes to the den of the monster Python and strikes three arrows at a time until the beast takes its last breath.

Thus, declaring to erect a sacred temple in his honor at the exact spot where the Python had died. The same spot later was known as the Oracle of Delphi.

Born of the twelve Olympian deities, Ares was the God of War, the son of Zeus and Hera. He possessed rage, violence and continued love for bloodshed are no surprises for his parents aren’t mainly known for their composure.

In ancient Greece, Ares represented the embodiment of war- its necessity and unpredictability.

However, he is an epitome of a warrior, possessing resilience, muscular build and a combat virtuoso. Nowhere was Ares worshipped as God except in Sparta and it isn’t hard to guess why.

Cronos was the king of the Titans and father of Zeus, Hestia, Demeter, Hera, Hades and Poseidon.

He is the Titan god of Time, Harvests, Justice and Evil. Born of Uranus and Gaia, he was the king and leader of his brothers fighting against Uranus.

Cronus gained power by overthrowing his father and eventually lost it by his son, Zeus. Many legends clutter his life.

It was Cronus who, with his brothers as his accomplice, castrated his father, Uranus and it was all over the blood that fell onto the sea from Uranus created a white foam from which the goddess Aphrodite emerged.

To prevent the prophecy of Uranus that his son would beat him, he grew suspicious of his children and swallowed them to keep from ever surpassing him.

Hephaestus is the child of Zeus and the goddess Herabut in some stories, Hera was jealous that Zeus had given birth to Athena without her assistance seeking revenge, Hera then gave birth to Hephaestus without Zeus, and is the reason behind Hephaestus’ peculiarity and deformity.

Hera was ashamed of what she had created for the gods were supposed to have an air of beauty and desirability while her son was far from it.

He was disowned and thrown from Mount Olympus still surviving near the land of Lemnos. He grew up to become limp.

The glorious son of Zeus and Semele nurtured in the Dells of Nyssa, Dionysus is another immortal of ancient Greece who has featured in a host of stories.

He was the God of wine, pleasure, festivity, vegetation and madness. Dionysus is the one to be the most fun to be around among the other Greek gods.

The story revolves around a mortal woman giving birth to a fully-fledged god was quaint, but the result was Dionysus.

When Hera came to know about this human woman, Semele, she intervened, which eventually led her to be consumed by fire. Zeus sews the unborn child into his thigh and protects him and him only while Semele turns to ashes.

The boy born out of it was Dionysus. Thus, he was twice-born. During his growing years, he learnt about grapes and winemaking and ultimately became the God of it.

Prometheus was a Titan, the son of Iapetus, a primordial deity. Prometheus did not oppose Zeus during the war of the Titans, and therefore he escaped imprisonment.

After the clash ceased to take place, Zeus designates Prometheus and his brother as responsible for creating several animals to populate the Earth.

Prometheus coordinated the whole production process. Each animal had a talent like the birds could fly, the strength of the elephants, etc. and this way, the skills were distributed.

However, the last one was humankind because he wanted to do something special with men. He carved men out of clay and gave them breath.

He is known for stealing fire from the heavens and bestowing it upon humankind. Thus, he is forever known as the patron of humans who instigated a civilization in them.

Often considered second in command to Zeus, Poseidon is the lord of the sea, drought, flood, earthquake, and horses.

He had control of the seas and the ability to create earthquakes. Still, he was mostly associated with the underworld and many of its rivers which in itself is quite interesting because that is a role we would more commonly associate to his other brother Hades.

Poseidon was a one-person army. He became one of the six great Olympians as suggested by the debris of the Greek mythology that came and washed away over time.

There is a story where Poseidon was given away by his mother like Zeus was. Poseidon possesses a great trident that could stir savage earthquakes with just a stroke and is known as the ‘Earth shaker’.

However, his power extended beyond the sea to include both lakes and freshwater spring as well. It is no wonder he was feared by all, especially seafarers.

The collector of souls, the guardian of Hell precisely it seems, consumes the bad, devoured by wrath, intense and vile powers, Hades was the king of the underground.

Shortly after the Olympians defeated their father Cronus, the reign of the Titans toppled only to usher the new rule of Olympians. With his two other brothers taking the sky and sea, Hades decided to rule the underworld.

The underworld is hidden deep beneath the Earth, where there lies a vast palace belonging to Hades.

His rooms were said to have been of pure silver and gold, embellished with precious jewels since Hades had access to all the minerals under the Earth, making him the God of Wealth later. However, indeed, he was not the God of Death.

Zeus was the youngest child of the Titan- Cronus and the Titaness Rhea and brother of Hestia, Hades, Hera, Poseidon and Demeter.

Cronus had heard of the prophecy that his children would overthrow him. Hence, he devoured each of them. Zeus has a narrow escape by the help of Gaia and Uranus by hiding in a distant cave.

Zeus was raised in a secret place on Mount Dikte in Crete where nymphs nursed him. When Zeus came of age, he served his Titan father a concoction which caused him to disgorge the young gods he had swallowed. Zeus also liberated the giants, the Cyclops.

It was during the war between the Titans and the Gods that the Cyclops gifted him with lightning bolts and the aid of hurling boulders against the Titans. After the fall of Titans, Zeus presided over the heavens and became the God of storm, tempest, lightning and thunder. His most significant symbol is a lightning bolt or the eagle.

The essential element of the mythology is the excellent projection of people’s dependence on non-human powers both emotionally and intellectually.

They are representations of human nature and the myriad emotions one possesses. The gods and goddesses of the ancient Greek civilization are regarded as the pantheon of all times, inspiring subsequent cultures up until modern times.

Thus, these gods possess unmatched power on par with each other. Each of them, regardless of their specific dominion, resemble the countenance of feminine and male glory.

This assorted pantheon reflects every characteristic that women and men imbibe and follow legends that appeal to everyone on one level or another.

Fast forward to the new century where women are claiming for equal rights and power, something these goddesses were the epitome of centuries ago and ironically proving to be centuries ahead. 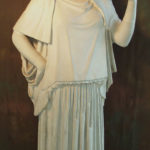 The ancient Greek mythology is replete with legends about the most powerful gods in history. Nonetheless, it isn’t devoid of Read more 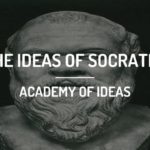 Socrates (c. 470, Athens-399, Athens) was a Greek philosopher who rigorously examined his life to yield numerous criticisms of the Read more 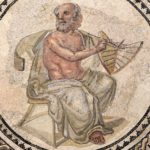 One of the cornerstones of Greek civilization and culture were the Greek philosophers. An old, traditional, long-held belief was prevalent Read more 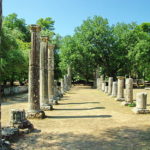 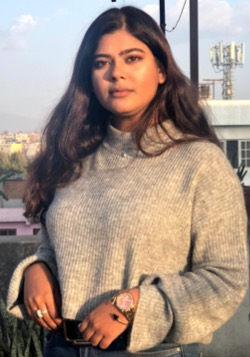