World War I is also taken as a global conflict that lasted for about 4 years. It involved about 100 nations in some way or the other.

Though there were various causes which led to this Great War, historians consider MAIN: Militarism, Alliances, Imperialism, and Nationalism as its leading causes.

The most significant cause that immediately led to the start of this history creating war is the assassination of the presumptive heir, Archduke Franz Ferdinand by Gavrilo Princip ( June 1914)

There are numerous other causes besides these. Here are the 10 major causes of World War I.

During the 19-20th Centuries, Imperialism was the primary cause of tension amongst the European powers.

The British had power over most of the parts of South Africa, the Spanish had a few territories of South America under their control, and the French were trying to colonize most of the African areas. All these European powers had their colonies all over the world, before World War I.

During the late 19th Centuries, Germany took over a few countries, including Cameron, Namibia, Togoland, and Tanganyika. The expansion of the territories went on to connect eastern colonies with south-west colonies. It was the century of ‘Scramble for Africa.

The powerful nations were after the small nations for their resources and raw materials. The competition and desire to expand and take over those resources went on increasing, which resulted in higher confrontation and led the world into World War I.

Germany was a major threat to the territory of Russia. It was in-terms with Austria-Hungary and Italy to take over Russia and France if attacked by them.

Russia had the largest army and the largest air force in the world. It had 16 airships and 360 aircraft. Due to a large number of army, guns fell short for the army.

During the 20th Century, Russia had remarkable economic growth. It’s GNP increased by 55 percent. It was not taken positively by Germany, Austria, and Hungary.

The rapid growth of Russia in every aspect led to one of the largest arms races in history, World War I.

8. The rise of Germany

France and Great Britain were dominating industrial, military, and economic areas during the 19th Century. Germany was challenging these nations after its unification.

Before 1870, Germany was not unified but was divided into small kingdoms, duchies, and principalities. It was unified by Otto Von Bismarck in 1871 and was formed into the German Empire.

Germany was ultimately responsible for invading neighboring nations, but it was in a delusion that Britain and other allies would be getting there before it.

The rapid growth of Germany in the production and export sides made them catch up with the dominating nations: French and British.

They started investing in expandable industries like chemical and electrical industries and began to lead in textiles.

Also, Lorraine of France and Alsace boosting coal production and the Berlin-Baghdad Railway linking Germany with oilfield of Persian gulf threatened the competitive nations. It became a significant cause for World War I.

7. The decline of the Ottoman Empire

One of the longest-lasting and the mightiest dynasty, Ottoman Empire, is an Islamic Empire ruling most areas of Eastern Europe, North Africa, and the Middle East. It ruled these areas for more than 6 Centuries.

Ottoman started losing its military and economic dominance from the 16th Century to Europe. Europe was rapidly gaining its power due to the dawn of the Industrial Revolution and the Renaissance.

Ottoman Empire had poor leadership and was lacking in the field of trade as well. It kept on becoming weak after competing for trade with America and India.

Towards the end of the 18th Century, Ottoman had been entirely dismantled due to its instabilities and internal conflicts. This resulted in the outburst of the Balkan War and saw Serbia take over Albania.

Austria-Hungary saw the prosperity of Serbia and set for the clash with them. At the same time, France was looking to take over Syria and Iraq, and on the other hand, Russia was targeting Britain and Armenia. This became a cause for World War I.

During the times before World War I, European nations, mostly with colonial powers, convinced their citizens that they had a position of economic, cultural, and military superiority in the whole world.

The nationalists felt that the media and the leaders overvalued their importance and looked down on others and ridiculed them.

It was contributed to the mindset of the citizens by the media, politicians, and influential people of the top position.

There existed a warped mindset with delusions about the capability of the military, glorifying navy of Britain, full-faith efficacy of German, and Russian Tsar’s belief of being ruled by a god.

They felt they were right in every way and others were backward, aggressive, and evil.

Nationalism before the war was fuelled by imperialism and pop culture which was present in the work of press novelists and penny. It was an essential factor in the 20th Century Europe and the primary cause for World War I.

Militarism fuelled an arms race giving rise to new military technologies and an increase in spending on the defence. It also led to public opinion, the press, and shaped culture. It was connected to imperialism and nationalism.

Many nations defined their nation’s greatness through the military. Germany was jealous of Britain, so it built a stronger navy, showed its power and threatened Britain, which led to the start of the war between the nations.

By the year 1914, Germany and Britain got sucked into a Naval Arms Race and tried out-doing each other. Millions of spending were poured for building the strongest and the biggest navy.

During the 19th and 20th Century Europe, Militarism became a dominant factor and one of the major causes of World War I.

It did not cause the War but helped in creating an environment which only had War as its best option.

The instability of the Ottoman Empire with Greece, Serbia, Bulgaria, and Montenegro was the major cause of the Balkan Wars.

The outbreak of the Balkan Wars resulted in the larger Serbia, which became a target of Austria-Hungary. On the other hand.

Russia would go against it even if they tried to destroy Serbia. Then, Germany declared war on Russia and made it easy for Austria-Hungary to go after Serbia.

Britain, Russia, and France were trying to overtake the areas of Armenia and the Middle East. It became a volatile situation where every nation was looking for an opportunity to take over other countries. This made the situation worse and led to being a cause of World War I.

The countries of the world always made agreements of mutual defense and treaties with their neighbor countries. In the case of an attack of any country, their allied countries are to defend them.

Before World War I, many countries of the world had already signed the mutual defense treaties with each other: Russia with Serbia, Germany with Austria-Hungary, France with Russia, Britain with Belgium and France, Japan with Britain.

When the war was declared on Serbia by Austria-Hungary, Russia was defending Serbia and led to Germany declaring war on Russia. France also got involved in the war by going against Germany and Austria-Hungary.

Germany attacked France through Belgium, and then Japan entered the war. Later, the United States and Italy joined the allies side. The conflicts amongst the participant countries resulted in a fully-fledged war.

July Crisis refers to the incidents that occurred in July 1914, after the assassination of Archduke Franz Ferdinand. It is one of the significant factors that led to World War I.

Austria-Hungary blamed Serbia on the assassination of Ferdinand and wanted to attack Serbia. On July 6, Austria-Hungary got a ‘Blank Cheque’ from Germany which promised to provide full support to them.

On July 25, Serbia accepted the proposal of Austria-Hungary to get investigated upon for the murder of Ferdinand, but Austria-Hungary cut off all the diplomatic relations with Serbia.

The assassination resulted in various investigations on the Kingdom of Serbia, and those who were involved in the killing wanted to unite the territories of South Slavic which was against the rule of Montenegro and Serbia.

On July 28, 1914, ignoring the offer of mediation conference received from Britain Austria-Hungary declared war on Serbia.

When many incidents brought the war to a boiling point, the assassination immediately turned Europe into the war zone. The intensity between Serbia and Austria-Hungary proliferated.

When Archduke Franz Ferdinand, along with his wife were visiting Sarajevo on 28th June 1914, they were attacked, severely wounded, and was assassinated by Gavrilo Princip, a member of the Black Hand secret society ( Serbian-nationalist terrorist group).

The Assassinators were Bosnian Serbs – the most widespread nation of Herzegovina and Bosnia and the adherents of the Serbian Orthodox Church, so Austria-Hungary blamed Serbia for planning the assassination and declared war on Serbia. This led to Russia coming in defence for Serbia and Germany declaring war on Russia.

The assassination of Austrian Archduke Franz Ferdinand aroused a significant political crisis that resulted in World War I.

World War I was a war that no one had ever wanted. None of the nations involved in this war was willing to initiate large-scale conflict.

The Great War lit up with the break out of the Balkan Wars and the conflict between Austria-Hungary and Serbia shaped up.

With the assassination, the war was ignited, and it took the lives of millions of people ended up creating an avoidable history. 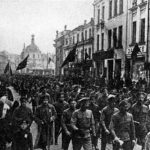 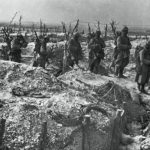