Renaissance is considered to be a significant era of architecture in European history.  It is often regarded as the revival of certain elements of Roman and Greek Architecture into the material and design

Filippo Brunelleschi is the founding father of the Renaissance. He is considered as the first modern engineer who uses the classic elements of design blending with mathematics.

It was first developed in Florence Italy and spread widely in other cities of Italy. It was later spread over Germany, England, France, Russia and other parts of Europe.

So, without further a due let’s dive into the 10 Best Renaissance Architecture.

Antwerp was the busiest trading port and the prosperous city in Northern Europe in the 16th Century.

It was a small town hall which was later expanded to the great and impressive structure on the suggestion of the Municipal Authorities.

The initial proposed designed was in Gothic architecture, but during the time of war, the work could not be initiated.

By the time when this town hall was ready to be renovated, the Gothic style was no more in trend. So, the Stadhuis was renovated in the Renaissance Architecture form.

It has four-story formation, wherein, each story has a different design and concept. The low arcade is a rustic stone and a little shop

The central section is decorated with ornaments and has statues which represent Prudence, Justice, and the coats of the arm bearing the Virgin Mary.

This hall was renovated by Pierre Bruno Bourla in the 19th century where only the interiors were amended and not the structure.

The influence of the architecture has made a greater impact in Northern Europe and the present-day “Netherlands”.

It is currently known as  Museum of the History of the City of Poznań, built during the reign of Bohemian king Wenceslaus II. Documented in 1320, the initial architecture was erected on a square plane with a single story.

The town hall is a mixture of a renaissance and Gothic architecture. The eminence of the town hall has a renaissance character. However, the brick fragment of the tower resembles the gothic structure of the past building. The oldest part of the building is early Gothics cellars covered with a ribbed vault.

The great hall on the first floor has the fascinating renaissance interiors covered with decorated coffered ceiling.

The first and second floor is an office for administrative work. The first floor is the Royal hall that has a venue for city council and Courtroom in the past. The second floor was mostly designed for different economic functions

The interiors were rebuilt in the 15th century at the Northeast Corner. But the fire in 1536 damaged the hall adversely.

The building was renovated by Di Quadro who expanded the single-story building to the west and added a three-story loggia with an attic to the structure.

The lightening in 1675 and the hurricane in 1725 led to the present construction of the building. The brick fragment dated back to the 16th century is the only touch the building holds from the past.

The building is an arcaded loggia of three-story. The Turrets rise above the loggia. Each story of the building has different monuments depicting the different ages of history.

The castle is considered to have been built for the nobility families of Krasicki. The construction of the castle was initiated by Stanislaw Siecienski, but he could not complete the fort.

Marcin Kraciski, son of Stanislaw, renovated the fort into a castle which was supervised by Galeazzo Appiani.

Even the war and the fire failed to change the contour of the castle. The sculptures include rich portals, loggias, and arcades. The castle covers 7000-meter square.

The castle now holds more of a part wherein each pavilion depicts a different region. High School of Forestry has been set up in the building after its nationalization post World War II.

Gripsholm Castle is popularly known as the castle of Gustav Vasa. This castle associates Swedish history wherein you can find portraits collection featuring instances from the days of Gustav Vasa to the present day.

It was initially a fortress built in 1370 by Jonsson Grip which was sold to Queen Margaret in 1404. It was passed to different elite over the course of time until King Gustav 1 Seized it from Carthusian Abbey in 1526 during Swedish reformation. It became a dower residence of Marie Eleonora, widow of Gustavus Adolphus.

It was the residence of the Royal family of Sweden until the 18th Century which is turned into the museum now.

This castle was a dower residence of Marie Eleonora, widow of Gustavus Adolphus.

Post the death of Hedvig Eleonora (the castle was a dower grant to her by Marie Eleonora), the place was more of a prison. It was then renovated by King Gustav III and later a theatre was added to the castle tower.

It is also known as Hamlet’s castle which was built on the spit of North Sealand. Kronborg is one of the important Renaissance castles in northern Europe. The castle was depicted in William Shakespeare’s play Hamlet.

It was an ideal location for the collection of sound duties by the ships entering the narrow Strait. Earlier, it was designed as a fortress and was known as Krogen.

It was during the time of Renaissance that this fort was renovated into a castle and was known as Kronborg which means “Castle of the Crowns”.

The castle was constructed with yellow sandstone. A fire broke in 1629 which led to a true renaissance renovation of the castle. Later as the Danish army took over, they converted this castle into a military barrack.

After they left the place, the restoration started and is still in process. You will be glad to know that it has been discussed in various literary works of Shakespeare too!

It was built in 1606 as a summer cottage which was later renovated into a castle. It was used as a royal residence only during the emergencies of 1710 and 1801. The third floor of the hall is known as the “Knight hall”.

The hall was modernized in 1675-1679 after the victory in the Scanian War. The interiors reflect the events of history. It has a coronation chair and furniture of silver from the 17th century.

The castle is now a museum which showcases the Danish culture. Schatzkammer displays the Danish Crown Regalia and the Crown Jewels. It is the oldest royal garden of the country. Royal Life Guards is garrisoned next to the castle. Encircled by a moat, the palace is surrounded by a wall.

Baranow Sandomierski Castle is popularly known as the Little Wawel. it is a mannerist castle, built in 1591-1606 in Poland. The Barnow belongs to noble Baranowski family.

The Lubomirski family became the new owner of the castle by marrying Princess Teofila Ludwika Zasławska in 1663. It was renovated with interiors and western wing gallery by Jan III Sobieski.

It is categorized as a class zero monument. The castle was surrounded by bastion fortification in 1620.

The ground floor chamber was decorated in art nouveau style and was adopted as a chapel. This castle was again renovated after the war and is now run by the state.

This castle was erected for Johann Schweikhard von Kronberg. The “Keep” from the destroyed era of 14-century castle is the oldest part of the castle, since it was the only thing during the construction which stood erect.

During the 14th century, the earlier castle was burnt down and was thus renovated. It is said to be the second residence of prince Bishop on Mainz (Johann Schweikhard von Kronberg). Red sandstone has been used for the construction of the castle.

This place served as a summer residence during the reign of Ludwig I. During 1716 Schloss Johannisburg belonged to prince Abbot of Fulda. In 1775 he wanted to start with the grape harvest and so he sent a courier annually to Fulda to receive permission but by the time the cellarmaster reached Johannisberg the grapes had rotten.

So he vinified and harvested the rotten grapes. These grapes were developed into a different style of harvest known as wine spatlese which became prominent in Johhanisberg. The spatlese is now popular worldwide.

It is known as the national library of St Mark’s and holds the most significant classical text collection in the world. The library stock was being collected before the construction of the building.

Biblioteca Marciana is known as the earliest surviving public manuscript depositories in Italy. St. Mark was a patron saint of Venice and the library is named after him.

The idea of library collection started with Francesco Petrarca during his stay in a lagoon. When he decided to donate his books to the Republic, they started looking out for a place to preserve the books. Thus, the construction of the library initiated.

This decision was taken by Maggior Consiglio and he was ready to impart the necessary expenses needed for developing the library.

In 1468, precious books were donated which were housed in Palazzo Ducale. It was then that an impulse to build a state library initiated.

The large hall has furniture of walnut wood wherein people can sit and study. The first catalogue of the library was published in 1624. After the damages to the books, a few of them have been shifted to the Procuratie Nuove building and the Sansoviniana Library building.

The first one does not belong to the Renaissance period so cannot be listed). Earlier it was a wooden building, after the Muscovite invasion, the building fell in ruin. After the first World War, only the northern wing of the palace survived.

It was restored in 1980 which is now known as the Lithuanian Museum. This museum presently contains old master paintings. It is the only surviving renaissance place in Vilnius.

So now, if you are someone who longs for viewing the best works of architecture, these are few of the structures you must visit. For many famous architects, these architectural designs from the renaissance work as a motivational factor. The buildings depict the detailed story of the period. 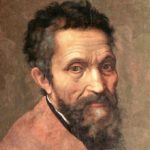 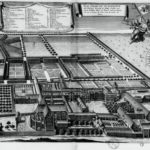 Sometimes, an event echoes through history, its reverberations felt for hundreds of years and exploring one of those echoes, is Read more