Though the religious history of the Indus Valley Civilization goes with the start of this civilization, there was no proper development of the religion during the starting phase of civilization.

There was no existence of temples or any other kinds of religious materials. Also, the people worshipped the symbols and statues according to their beliefs.

With time at around 5500 BCE, civilization started developing along with the development of religion and religious beliefs.

The first religion discovered amongst these three was Hinduism, followed Buddhism, and Jainism. Indus Valley was under a matriarchal culture where a mother goddess was considered superior to father god.

Another significant discovery was the seal with a depiction of a yogi placed at the centre in a meditative position with images of few animals on every side. The image was known as Pashupati.

The pictures of Rhino and Buffalo were placed on the left side, Tiger and an Elephant on the right side, and 2 deers on the front side of the seal.

Besides worshipping these statues and seals with holy values, the people of Indus Valley also worshipped trees and other images with snakes discovered in the Harappan city.

The Majority of the people had faith in the existence of god and goddesses on various materials which represented images of the sacred figures.

Amongst all the signs, the Swastika was considered to be the most famous symbols worshipped which represented the Sun. Almost every individual of this valley worships the Sun.

One of the historical predecessors of Hinduism is the Vedic period which is also known as Vedic Brahmanism, though it is different from the Hindu religion in many ways.

Vedic Religion or Vedism is the religion of the Aryan belonging to the ancient Indo-European speaking group. They migrated to Indus valley civilization around 1500 BCE.

During the starting phase of the evolution of the Vedic religion, the hymns of different Vedics were revealed to the rishis ( seers ) and considered to be the magical creations. It is believed that Vedic hymns and Vedas are eternal and had no effort put by the men for its inception.

Discovery of Major God and Symbol

During the excavation, numerous ruins and valuable materials were discovered. Out of which, the most famous ones with significant value were the seals.

The seal which was numbered 420 is considered to be the most impactful seals discovered yet, as it contained the depiction of Male God, Pashupati.

Pashupati, the reincarnation of Lord Shiva, was depicted in that seal in a sitting yogic position. It is believed to be most precious as Hindu worships Lord Shiva in both human forms and that of the phallus.

The excavation of the Mohenjo-Daro was directed by Ernest J.H. Mackay around 2350 to 2000 BCE where the famous seal was discovered. It had a dimension of 3.56cm by 3.53cm with a thickness of 0.76cm.

Besides 420 numbered seals, other seals also had his depiction, but their presentation was not as bright and worthy as number 420.

Other significant discoveries were some symbol and Swastika being the most impactful one. It faces all four sides resembling the presence of luck on all 4 sides and symbolizes God’s Brahma.

It is also believed that after the death of Gautam Buddha, the believers stamped the Swastika on his chest. Since then, the symbol got spread throughout the world, along with the spread of Buddhism.

Belief in Magical Rituals, Demons, and Life after death

People of this valley started believing in different religions depending upon their beliefs and based on their understanding. With the evolution of religion, people started having faith in numerous mythical aspects like Magical Rituals and Life after death.

They had a few sacred symbols resembling luck like the Swastika and kept belief in life after death. The most famous city – Mohenjo Daro also means ‘Heap of the Dead’ and d.a_r.o ‘ a feast is given to relatives for honoring the dead.’

Besides these, they also had belief in demons, charms, and amulets. Also, a faith of being guarded by a guarding angel that would go against the evil depiction of a snake or a goat and sometimes disguised with any mythical creature was present in every individual’s mind.

The Indus Valley Civilization came up with its culture during the Bronze Age and was known as Harappan Culture or Indus Culture. It was basically inspired by the Mesopotamia culture and became contemporary.

At the time of its development, the Indus Civilization was the biggest civilization shaped in a triangular shape with the total area of 1299600 sq.km from North to the West. The culture included had a massive diversity.

Also, the culture of yoga and meditation was also present during the early, mature, and late Harappan phases.

Another significant transition was the movement of culture from the creation of pottery decoration towards intellectual life during the Early Phase.

It included an agricultural aspect which produced cotton and various other products which later created a base for trading.

In addition to that, it had a huge market culture for town planning which included the famous drainage system, a great bath, and the planned system of Mohenjo- Daro.

The system of drainage started from this civilization with every house having an outlet for the drainage.

Along with the shreds of evidence for the existence of this civilization and its culture, numerous remains have been discovered. They are being analyzed and interpreted today. 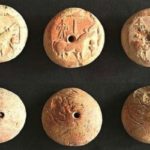 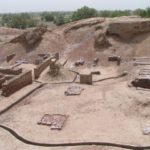 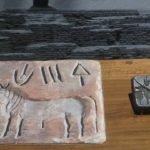 64
SHARES
ShareTweet
Linkedin
Cite this article as: Richard Marrison, "Religion and culture of Indus valley civilization," in HistoryTen, March 28, 2020, https://historyten.com/indus-valley/religion-culture-indus-valley-civilization/.
About the Author